At least 21 people have been injured – several critically – as the search for survivors continues into the evening.

The under-construction building in the coastal city of Sihanoukville was owned by a Chinese company.

In recent years, Sihanoukville has been transformed by the construction of Chinese hotels and casinos.

Four people have been arrested over the collapse, including the Chinese building owner, the head of the construction firm and the contractor. A Cambodian landowner has also been taken in for questioning.

“Now the death toll from the building collapse is seven,” Sihanoukville city police chief Thul Phorsda told the AFP news agency after officials had earlier put the number at three. 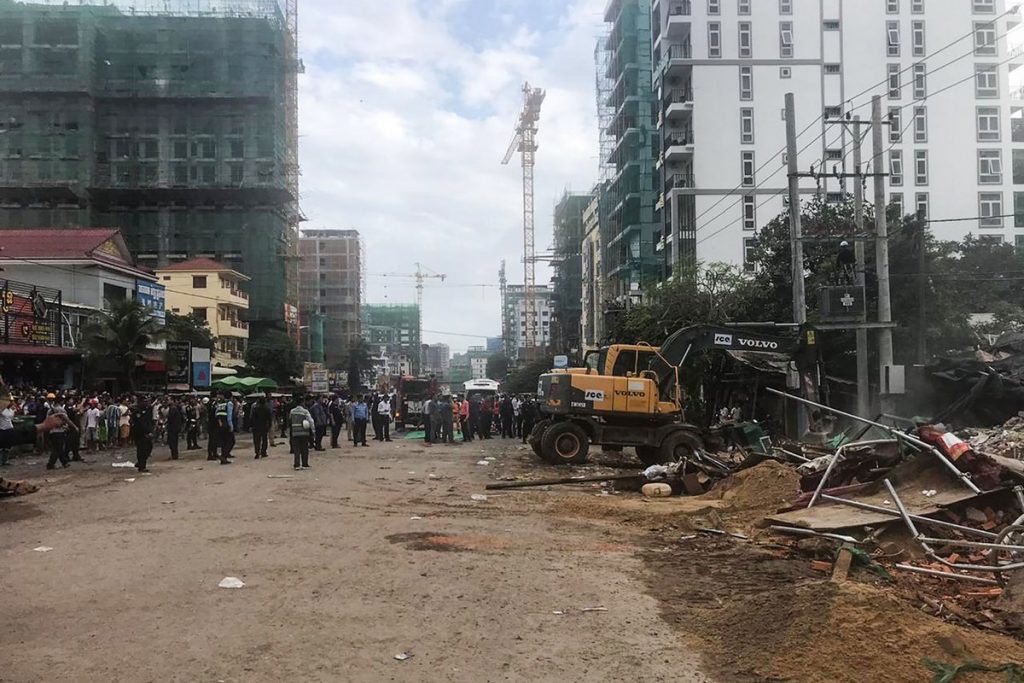 Three of the victims have been confirmed as Cambodian – two workers and a translator.

Reports vary on the number of people missing as rescue efforts continue.

The provincial governor said about 50 workers would usually be on site at that time.

The building collapse – the worst of its kind in Cambodia in recent years – will raise further questions over the rate and sustainability of construction in Sihanoukville. It is also likely to add to rising anti-Chinese sentiment in the country.

The once-small fishing village saw a boom in tourism in the 2000s, but the last three years has seen the area change beyond recognition with the construction of dozens of casinos catering almost solely to Chinese tourists.

The International Labour Organization has highlighted the “exposure of workers to constant safety and health hazards” on building sites.