India’s top court on Monday ordered an investigation into an outbreak of “brain fever” that has killed at least 122 children, after hearing a petition in which the state and central governments were accused of negligence.

The disease, Acute Encephalitis Syndrome, believed to be caused by dehydration and malnutrition, has reached endemic proportions in Muzaffarpur, a dirt-poor district of the eastern state of Bihar, which has some of the worst child health statistics anywhere in the world.

A similar outbreak killed 350 children in Muzaffarpur in 2014, leading to questions about why the state and central governments had not done more to combat the disease.

“We issue a notice to the Bihar government seeking a detailed response,” said Justice Sanjiv Khanna, a Supreme Court judge, on Monday, in response to a petition filed by activist lawyer Manohar Pratap.

The petitions, known as public interest litigations, are a common way for citizens to pressure state and national governments into action.

“Most of the deaths are occurring due to lack of medical facilities in the area of outbreak,” the petition said. 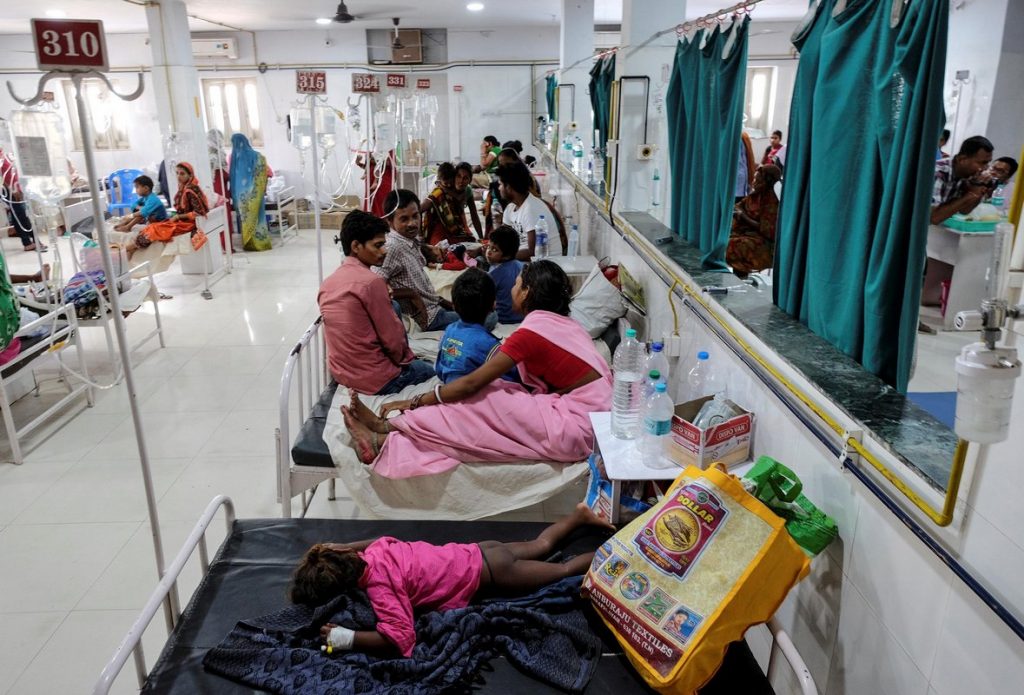 On Monday, India’s health ministry reiterated a promise first made in 2014 that it would open a 100-bed children’s ward in the district.

India’s leaders are coming under fire for their lack of response.

Bihar’s Chief Minister Nitish Kumar was accosted by angry parents when he visited the hospital for the first time last Tuesday, three weeks after the crisis began.

His health minister was criticized after he asked about the score in a cricket match between India and Pakistan during a televised meeting to discuss the outbreak.

On a visit to the district last week, several doctors told Reuters the deaths were preventable with basic treatment and education of those most at risk – a symbol of India’s growing inequality. The outbreak sparked a nationwide conversation about how the country treats its poorest.

Prime Minister Narendra Modi has made no public statement on the crisis, though his health minister Harsh Varadhan said the Indian leader is monitoring the situation.

India, the world’s sixth largest economy, has its own space program and major cities like New Delhi and Mumbai are home to world-class hospitals.

Those in Muzzafarpur, however, are in a poor condition, with frequent power cuts. At one hospital a Reuters reporter visited there was the stench of urine in the corridors and stray goats roaming its grounds.

Varadhan said the central government was providing “all possible support” to Bihar, while the state government has also defended its response to the crisis.