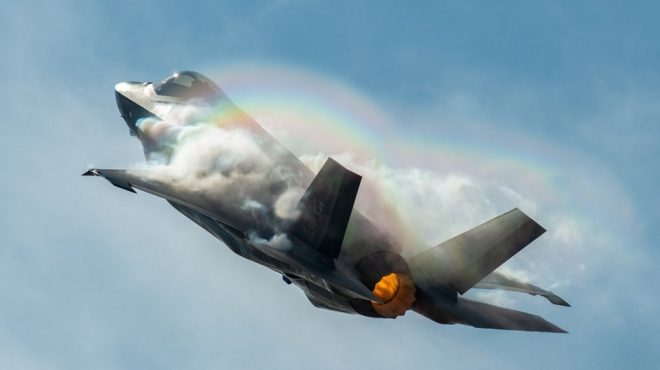 Turkey will lose F-35 warplanes if S-400 deal goes ahead: US NATO envoy

“Everything indicates that Russia is going to deliver the system to Turkey and that will have consequences,” she told reporters in the Belgian capital city of Brussels on Tuesday.

Hutchison went on to say that even though Turkey is an important partner in the production of parts of the fuselage, landing gear and cockpit displays for F-35 warplanes, security concerns about Russia are paramount.

“So many of us have tried to dissuade Turkey,” she asserted.

The senior US military official added, “It’s not over until it’s over, but so far Turkey has not appeared to retract from the sale. The consequences will occur, we don’t feel there’s a choice in that.”

“The issue of S-400 is an issue directly related to our sovereignty and we will not backtrack from that,” Erdogan said in a televised speech.

“God willing, the delivery of the S-400 will start next month. In order to meet its security needs, Turkey … does not need to get permission, let alone bow to pressure,” he said.

The remarks came a day after Turkish Foreign Minister Mevlut Cavusoglu said Ankara does not fear US sanctions over S-400 deal.

“No matter what sanctions there may be and which statement comes from the United States, we have already bought the S-400,” Cavusoglu told reporters in Ankara on Monday following a meeting with his Rwandan counterpart Richard Sezibera.

“Now we are talking about when the S-400 will be delivered to Turkey. It is not possible for us to give up on the purchase of the S-400,” he added.

The sources underlined that the most severe package under discussion between officials at the National Security Council and the State and Treasury departments would all but cripple Turkey’s troubled economy, and would be in addition to Ankara’s exclusion from the F-35 fighter jet program.

The sanctions proposal with the most support would target several companies in Turkey’s key defense sector under the Countering America’s Adversaries Through Sanctions Act (CAATSA).

The US Congress passed the CAATSA against Russia in August 2017 over allegations of interfering in the 2016 presidential election. The law, among other things, imposes sanctions on countries and companies that engage in contracts to purchase weaponry from Russia.

Moscow and Ankara finalized an agreement on the delivery of the S-400 in December 2017.

Back in April 2018, Turkish President Recep Tayyip Erdogan and his Russian counterpart Vladimir Putin said in Ankara that they had agreed to expedite the delivery of the S-400. At the time, it was said that the delivery could be made between late 2019 and early 2020.

A number of NATO member states have criticized Turkey for purchase of the S-400, arguing the missile batteries are not compatible with those of the military alliance.

They also argue that the purchase could jeopardize Ankara’s acquisition of F-35 fighter jets and possibly result in US sanctions.

The S-400 is an advanced Russian missile system designed to detect, track, and destroy planes, drones, or missiles as far as 402 kilometers away. It has previously been sold only to China and India.

Ankara is striving to boost its air defense, particularly after Washington decided in 2015 to withdraw its Patriot surface-to-air missile system from Turkish border with Syria, a move that weakened Turkey’s air defense.

Before gravitating towards Russia, the Turkish military reportedly walked out of a $3.4-billion contract for a similar Chinese system. The withdrawal took place under purported pressure from Washington.