Up to 20 million manufacturing jobs around the world could be replaced by robots by 2030, according to analysis firm Oxford Economics.

People displaced from those jobs are likely to find that comparable roles in the services sector have also been squeezed by automation, the firm said.

However, increasing automation will also boost jobs and economic growth, it added.

The firm called for action to prevent a damaging increase in income inequality.

Each new industrial robot wipes out 1.6 manufacturing jobs, the firm said, with the least-skilled regions being more affected.

Regions where more people have lower skills, which tend to have weaker economies and higher unemployment rates anyway, are much more vulnerable to the loss of jobs due to robots, Oxford Economics said. 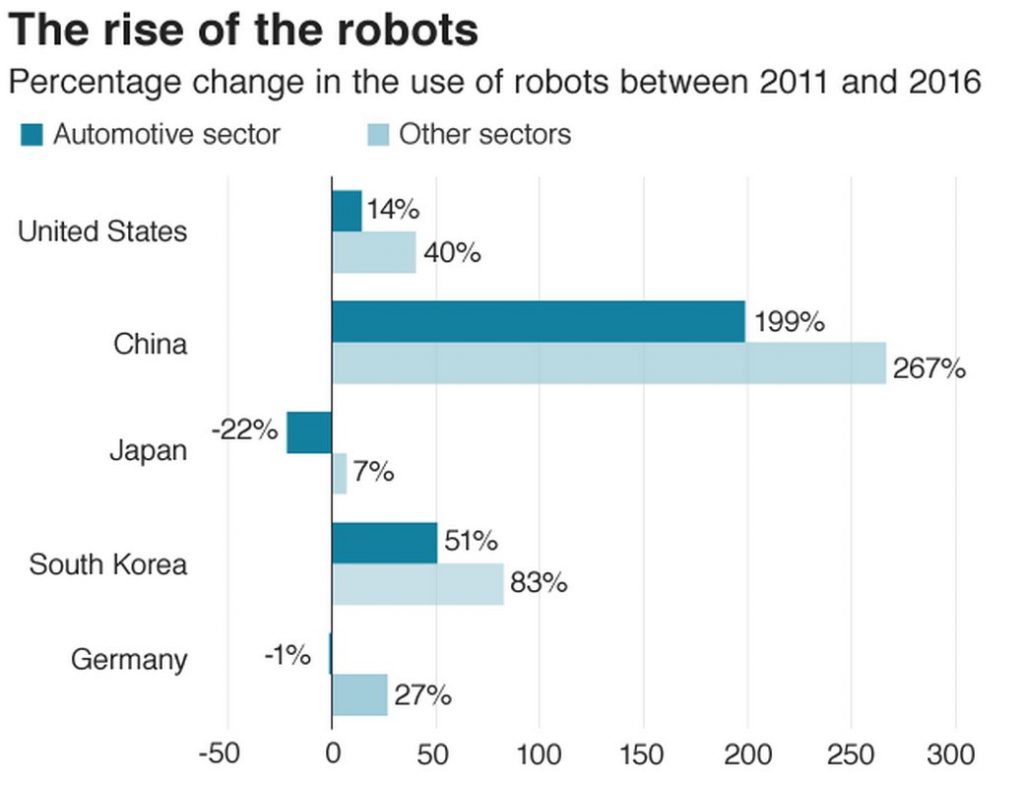 Moreover, workers who move out of manufacturing, tend to get new jobs in transport, construction, maintenance, and office and administration work – which in turn are vulnerable to automation, it said.

On average, each additional robot installed in those lower-skilled regions could lead to nearly twice as many job losses as those in higher-skilled regions of the same country, exacerbating economic inequality and political polarisation, which is growing already, Oxford Economics said.

We’ve seen plenty of predictions that robots are about to put everyone, from factory workers to journalists, out of a job, with white collar work suddenly vulnerable to automation.

But this report presents a more nuanced view, stressing that the productivity benefits from automation should boost growth, meaning as many jobs are created as lost.

And while it sees the robots moving out of the factories and into service industries, it’s still in manufacturing that the report says they will have the most impact, particularly in China where armies of workers could be replaced by machines.

Where service jobs are under threat, they are in industries such as transport or construction rather than the law or journalism and it’s lower-skilled people who may have moved from manufacturing who are vulnerable.

The challenge for governments is how to encourage the innovation that the robots promise while making sure they don’t cause new divides in society.

Oxford Economics also found the more repetitive the job, the greater the risk of its being wiped out.

Jobs which require more compassion, creativity or social intelligence are more likely to continue to be carried out by humans “for decades to come”, it said.

The firm called on policymakers, business leaders, workers, and teachers to think about how to develop workforce skills to adapt to growing automation. 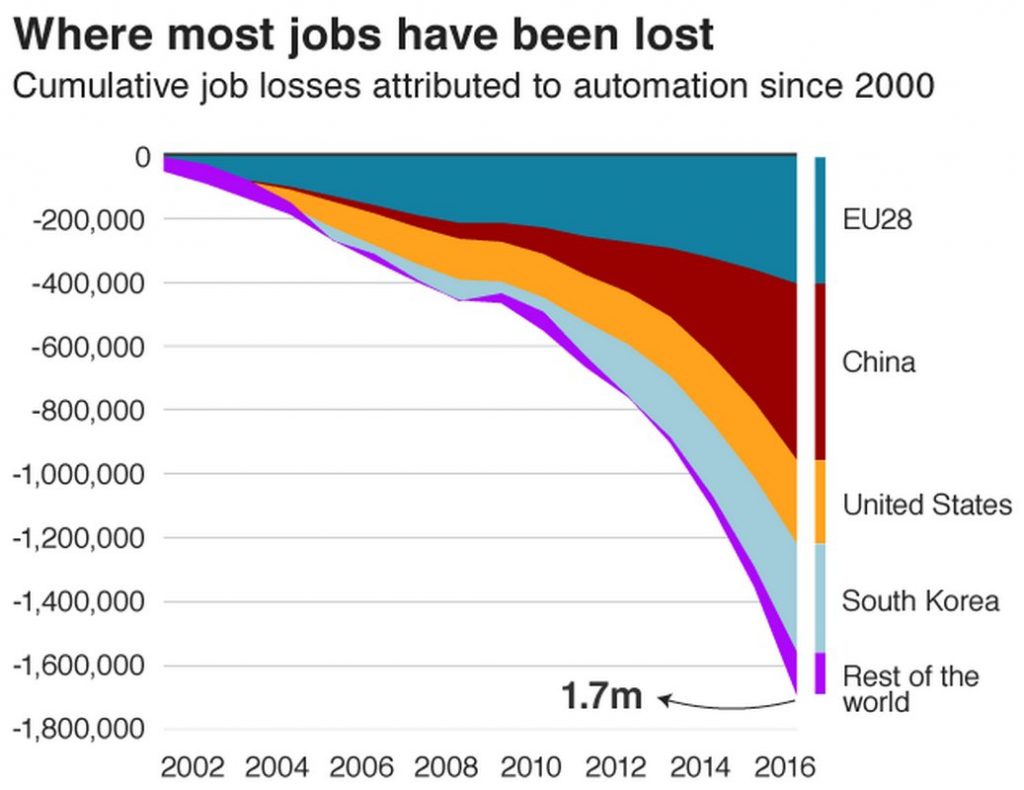 The firm predicted that China will have the most manufacturing automation, with as many as 14 million industrial robots by 2030.

In the UK, several hundreds of thousands of jobs could be replaced, it added.

However, if there was a 30% rise in robot installations worldwide, that would create $5 trillion in additional global GDP, it estimated.

At a global level, jobs will be created at the rate they are destroyed, it said.