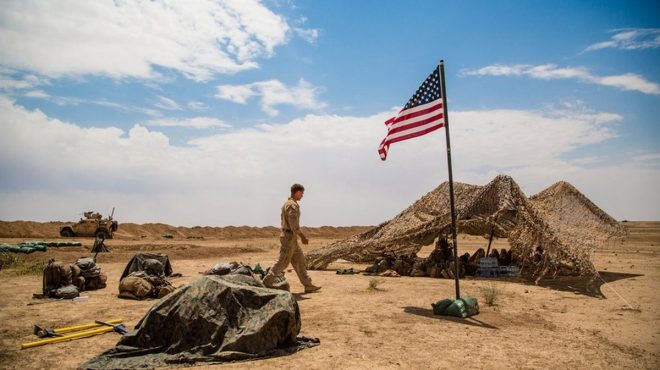 US plans to keep troops in Syria’s al-Tanf base: Report.

The United States is reportedly planning to keep some of its forces in a military base in southeastern Syria despite a total withdrawal ordered by US President Donald Trump.

Informed sources told Washington-based Foreign Policy magazine on Friday that given the strategic importance of the al-Tanf garrison, situated in Syria’s Homs Province near the Iraqi border, the US government mulls keeping at least some troops there.

The first source said the only “logical purpose” al-Tanf serves is to let Washington “monitor and disrupt” the alleged flow of Iranian military advisers. “Honestly, you could not contrive a different military mission.”

The other source said the move allows American soldiers to claim self-defense in striking Iranian military advisers, among others in the area.

“When they come through, we’ve claimed, I think reasonably, that they’ve been threatening either US forces or partner forces,” he said.

A former senior US military commander, said, “Al-Tanf is a critical element in the effort to prevent Iran from establishing a ground line of communications from Iran through Iraq through Syria to southern Lebanon in support of Lebanese Hezbollah.”

Keeping troops in al-Tanf goes against Trump’s pullout order. It could also raise legal issues for the Trump administration as the 2001 Authorization for Use of Military Force permits the use of force against non-state militant groups, not nation states. 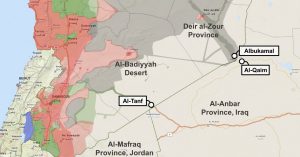 Iranian military advisers are in Syria at the request of the country’s legitimate government but the US has deployed troops to the Arab country without authorization from Damascus or a UN mandate.

While Tehran has been key to defeating terrorists and helping keep Syria in one piece, Washington’s record has been sketchy, marked by a bid to prop up anti-government and separatist forces.

Trump announced the plan to withdraw all 2,000 American forces from Syria in December 2018 amid preparations by Turkey to launch an operation against US-backed Kurdish militants in northern Syria.

His abrupt move sparked concern among officials in Washington, prompting Defense Secretary Jim Mattis to step down in protest.

The planned pullout also raised worries among Kurdish militants operating in northern Syria and left them feeling abandoned by Washington.

The vast majority of US troops are operating in northeastern Syria while only over 200 of them are concentrated in al-Tanf.

Earlier on Friday, a video released by the so-called Syrian Observatory for Human Rights, purportedly showed the entry of about 250 US trucks loaded with weapons and logistical equipment to American bases in Syria.

Last week, the founder of Blackwater – now called Academi – said American troops in Syria could be replaced with mercenaries.