UK | May to seek second parliament vote on her Brexit deal.

British Prime Minister Theresa May intends to give the UK parliament a second chance to approve a Brexit deal with the European Union as soon as possible.

A spokesman for May said on Monday that the government could hold a second vote in the House of Commons on an improved version of its Brexit deal as soon as possible.

The official said the government was still negotiating with the EU to gain some concessions on the Brexit agreement, a document signed in November and rejected by the Commons on January 15.

He said holding a second vote on the Brexit deal would be a certain possibility, adding that he could not imagine any circumstances under which parliament would not be given another chance to vote on the agreement before the official departure date from the EU on March 29. 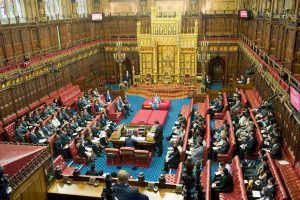 The spokesman also reiterated that May was committed to leaving the EU on that date regardless of what happens in the Commons in the upcoming weeks.

The official statement comes as May has been desperate to convince lawmakers across the political spectrum to agree on her Brexit deal and avoid a no-deal Brexit, a scenario which has been described as the worst of all worlds for both Britain and the EU.

The main obstacle for the deal to go through the parliament is a controversial clause known as the backstop which allows the EU to include the entire UK in its customs union two years after Brexit and in the absence of a mutually agreed trade mechanism.

Lawmakers in May’s Conservative Party have vowed they would approve her Brexit deal if she manages to get the EU to remove the clause or make it time-limited, conditions that the EU says are impossible to accept. 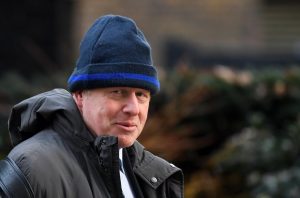 Former foreign minister Boris Johnson, who has been described by many in Britain as the engineer of Brexit’s victory in the June 2016 referendum, said on Monday that May would get widespread support if she could insert a “Freedom Clause” in the backstop which would allow the UK to discard the clause without the agreement of the EU.

“If the PM secures that change – a proper UK-sized perforation in the fabric of the backstop itself – I have no doubt that she will have the whole country full-throatedly behind her,” Johnson wrote in his weekly column in the Daily Telegraph.