The World Trade Organization launched an investigation into U.S. President Donald Trump’s tariffs on $250 billion of Chinese goods, ratcheting up tensions as the two nations are set to begin a new round of trade talks, according to an official with knowledge of the probe.

The Geneva-based arbiter of trade disputes on Monday began an inquiry into whether the U.S. duties run afoul of a requirement that all WTO members give each other the same tariff treatment, as China asserts, said the official, who asked not to be identified because the decision hasn’t been made public. The WTO will now assign a panel to begin the investigation.

The investigation comes at a delicate moment between the world’s two largest economies. A new round of trade talks is scheduled to begin on Jan. 30, and if a deal isn’t reached by March 1, the Trump administration has threatened to raise the tariff rate on $200 billion in Chinese goods to 25 percent from 10 percent.

“This WTO case is especially significant because it deals with the central international legal issue in the U.S. conduct of its trade war with China,” James Bacchus, a former Democratic congressman and onetime head of the WTO’s appellate body, said in an email. “I believe these U.S. tariffs are inconsistent with WTO obligations, but it will be left to my successors on the WTO appellate body to decide.”

The WTO is already facing an existential threat over a hold the U.S. has placed on new appellate judge nominations. Absent any reforms, the decision-making wing of the organization will have too few judges to rule on cases by the end of the year. This new investigation could further antagonize the U.S., which sees the WTO as overstepping its authority.

A U.S. envoy to the WTO called the inquiry “pointless” and “entirely hypocritical,” according to a copy of the remarks made at the meeting and seen by Bloomberg. “China is currently damaging the United States not only through its forced technology transfer practices but additionally by imposing discriminatory duties on over $100 billion in U.S. exports.”

China won’t be expecting a resolution to the investigation any time soon due to a backlog in the WTO dispute settlement system. So far, 23 disputes have been brought against the current U.S. administration, including an EU inquiry into tariffs levied against aluminum and steel imports.

“These trade tensions are not only a threat to the system, but they are also a threat to the entire international community,” Roberto Azevedo, the director-general of the WTO, said on a panel in Davos on Jan. 24. “The risks are very real and there will be economic impacts.”

The case cuts to the heart of the U.S.-China trade conflict because Trump says the tariffs are necessary to counter an alleged Chinese campaign to steal American intellectual property.

China’s dispute alleges the U.S. tariffs violate the WTO’s most favored nation provision because the measures fail to provide the same tariff treatment that the U.S. offers to imports of all other WTO members.

The U.S.’s “unilateral actions” infringe on China’s WTO rights and “flagrantly violate” the WTO’s fundamental principles, the Chinese delegation said on Monday, according to a prepared statement seen by Bloomberg.

The U.S. counters that the tariffs fall outside the WTO’s remit because they address trade issues that are not specifically covered under WTO rules. 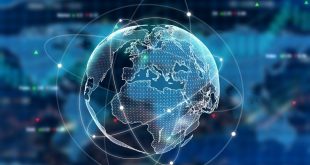 US and Global Economy to Grow Slower in 2023, Possibility of Recession in Some Nations: UN

The global economy is predicted to register slower growth this year, continuing the trend from …