HIV-positive status of more than 14,000 people in Singapore leaked online.

Confidential data detailing the HIV-positive status of thousands of people living in Singapore has been leaked online by a US citizen, officials in the country have said.

Records leaked include 5,400 Singaporeans diagnosed as HIV-positive before January 2013 and 8,800 foreign residents diagnosed before December 2011, the city state’s Ministry of Health (MOH) said.

The information includes the names, medical information, phone numbers and addresses of those affected.

The records are still in the possession of the leaker, Mikhy Farrera Brochez, a US citizen who has previously been convicted of fraud and drug-related offenses.

“While access to the confidential information has been disabled, it is still in the possession of the unauthorized person, and could still be publicly disclosed in the future,” the MOH said.

His Singaporean partner, Ler Teck Siang, is a doctor who served as head of the country’s National Public Health Unit (NPHU) between March 2012 and May 2013. 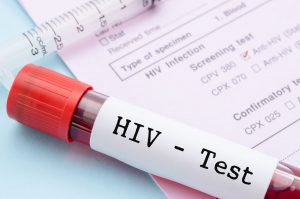 “Ler had authority to access information in the HIV Registry as required for his work,” a spokesperson from the MOH said.

“This incident is believed to have arisen from the mishandling of information by Ler.”

In September 2018 the doctor was convicted of abetting Mr. Brochez “to commit cheating”, the MOH said.

He was also convicted of providing false information to police officers and was sentenced to 24 months in prison.

Mr. Brochez was deported from Singapore in early 2018, after serving a prison sentence for “numerous fraud and drug-related offenses”.

He was found to have lied about his HIV-positive status in order to obtain and maintain his employment visa.

The US citizen had already left the country when officials realized that he still had access to the medical records.

On 22 January 2019, the MOH was notified that Mr. Brochez had leaked the information online.

“We are sorry for the anxiety and distress caused by this incident,” the department said in a statement.

“Our priority is the wellbeing of the affected individuals.”

Although Singapore does not stop HIV-positive tourists from visiting the country, there are restrictions on people remaining in the city-state for over 90 days.

Citizens of other nations who live in the city-state and are HIV-positive can be expelled from the country, but not if they are married to a Singaporean citizen.