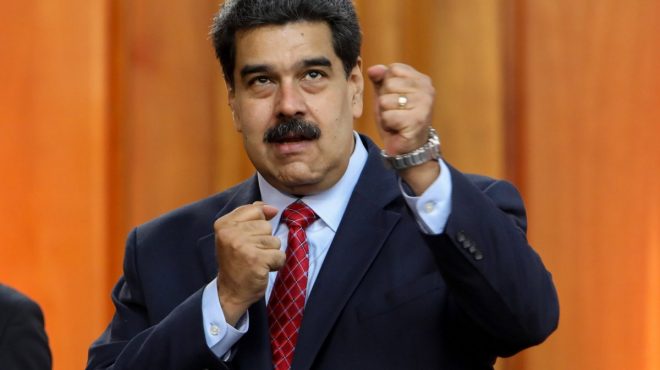 Venezuelan leader Nicolas Maduro addressed Donald Trump in English to demand that Washington keep its “hands off” the country after the US imposed sanctions on its state oil company in recognition of Juan Guaido as president.

Maduro’s words came shortly after US imposed sanctions on the country’s state-owned oil company PDVSA in order to “help prevent the further diversion“ of assets by the country’s government. Venezuela’s president called Washington’s actions an attempt “to steal” the company, and promised to take countermeasures “to protect the interests of Venezuela.”

On Saturday, Foreign Minister Jorge Arreaza told local media that Maduro is ready to get in touch with President Trump. The country’s authorities would “even meet with the devil to keep the peace in Venezuela,” he stated.

Washington is backing the National Assembly leader Juan Guaido, who declared himself to be Venezuela’s interim president following violent clashes in Caracas. Maduro, who was re-elected in 2018, accuses the US of orchestrating a coup.