Messi is the best in the world

The award was announced at a ceremony held by the International Federation of the game (FIFA), in the Italian city of Milan, and attended by top football stars.

Messi led Barcelona to the league title last season, leading the Champions League scorers with 12 goals, and reached the semi-finals with his team.

Messi was knocked out of the semi-finals of the Copa America by Argentina, who later won the title. 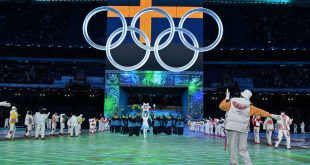 Hurling accusations at the committee won’t lead to a “constructive discussion,” the organization warned The …